At GAIN we provide 4 core services:

In addititon we provide advice and consultancy on all other aspects of Gift Aid. These include :

However, Gift Aid is continually evolving so if you are currently undertaking Gift Aid in your fundraising or just thinking about an application for Gift Aid and are not sure if it is compliant, please email me or call on 020 8868 1307 for an initial no obligation chat . 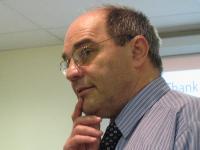 GAIN has been established by Barry Gower. Barry originally qualified as a Civil Engineer in South Africa. After achieving registration as a Professional Engineer, he moved into the commercial world, joining the P-E Consulting Group as a Senior Management consultant.

Having gained an MBA, he took over the family hotel and consulting business and was particularly involved in the importation and distribution of Scotch whisky.

Barry came to the United Kingdom in 1986 and was involved in a financial organisation, specialising in international trade and finance. He then established his own company importing and distributing domestic electrical appliances.  His customers included Harrods, John Lewis Partnership, Selfridges,  House of Fraser amongst others.

In 2004 he established GAIN The Gift Aid Consultancy, after spending the seven years involved in the sale and implementation of membership and fundraising software to organisations and charities. Since the introduction of New Gift Aid in April 2000 he has become particularly interested in the application and collection of Gift Aid.

Barry  brings a strong financial and business approach to fundraising. His objective in setting upGAIN is to offer a range of services to Charities which will improve their efficiencies and at the same time provide them with a very real and measurable increase in their income stream